Attorney Advertising and Other Notices

​Mr. Silverman, the firm's managing partner, is a Real Estate, Litigation and Corporate Bankruptcy & Restructuring attorney with advanced training in bankruptcy and restructuring law and extensive experience successfully litigating business disputes in State and Federal court.  He focuses on commercial matters as well as Chapter 11 cases and corporate restructurings, but has also represented individuals in Chapters 7 & 13.  His understanding of the Bankruptcy Code assists in developing strategies which address issues that present when landlords, tenants or other creditors enter and/or are forced into distressed situations.  Mr. Silverman additionally maintains a high-level and complex retail leasing practice, representing landlords and tenants (including franchisors and franchisees), in connection with stand-alone and mixed-use properties located in New York City as well as shopping centers and mixed-use properties across the United States.

Mr. Silverman currently serves on the Board of Directors of his community's synagogue, has previously worked for corporate, securities, litigation and bankruptcy departments of prestigious Manhattan law firms, and has also served in the General Counsel's Office of a prominent and storied New York City broker-dealer and investment bank. Mr. Silverman further served as co-author to and -counsel on an amicus brief filed in the United States Supreme Court Bankruptcy case of Executive Benefits Ins. Agency v. Arkison. Recap of case and oral arguments here.

When away from the office and otherwise not responding to client calls, Mr. Silverman enjoys spending time at home with his family, including his wife and children. 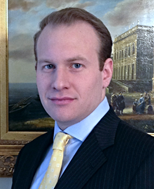