​Mr. Gaffney is a Bankruptcy & Restructuring attorney with advanced training in bankruptcy and restructuring law and extensive experience handling matters in State and Federal courts.  He focuses his practice on consumer and commercial bankruptcy matters, assisting individual consumers and businesses at the cross-roads of financial distress and insolvency.  Mr. Gaffney is also familiar with and experienced in advising clients in connection with matters involving general debtors' and creditors' rights, including asset protection strategies, foreclosures and collections.

Mr. Gaffney earned his B.A. in History from the University of New Mexico, where he also concentrated his studies in Political Science and then obtained his J.D. with honors from Brooklyn Law School, where he participated in the Consumer Counseling and Bankruptcy Clinic and served on the Moot Court Honor Society.  During law school, Mr. Gaffney was also a member of The International Legal Honor Society of Phi Delta Phi.

After law school, Mr. Gaffney pursued and was awarded a master's of law degree in bankruptcy studies from St. John's University School of Law, where he studied under many preeminent bankruptcy judges and practitioners.

Admitted to practice law in the state and federal courts located in both New York and New Mexico, Mr. Gaffney is also admitted to practice before the United States Court of Appeals for the Second Circuit, and is a member of the American Bankruptcy Institute.

Mr. Gaffney provides accurate advice and guidance throughout the entire bankruptcy process, and has also presented and authored on various aspects of the subject.. 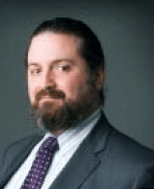 Attorney Advertising and Other Notices